Thanks to everyone for your support making the 3rd Annual Building Bridges Fundraising Gala a success! 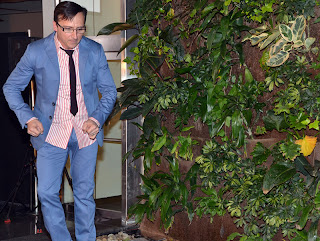 Casual and formal wear, including fashionable gowns and stylish high-heel pumps, replaced dark navy-blue shirts, cargo pants and boots as 51 Division officers patrolled the catwalk for a few hours to benefit a scholarship fund.
The Corus Entertainment Centre hosted the downtown Division’s Community Police Liaison Committee (CPLC) and George Brown College third annual fundraising gala on Nov. 10.
While a few of the officers were comfortable, having strutted their stuff before, first-time model Det. Matt Moyer was a bit nervous – not knowing what to expect or how he would be received. He was also the oldest model. 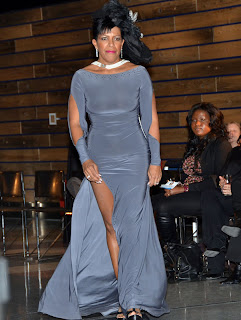 “I was quite honoured when they asked me,” he said.
“It’s fun and a night out with your colleagues and it’s an occasion to help our CPLC raise much-needed funds for a good cause.”
The money raised goes towards a scholarship for a student attending George Brown College. This year’s winner was 18-year-old Sarah Opong, who was presented with her scholarship by CPLC co-chairs Deb Devgan and 51 Division Supt. John Tanouye.
Raised by a single mother who migrated from Ghana, Opong – enrolled in George Brown College’s child and youth worker program – initially lived with her mother in a women’s shelter, before the family moved to the north side of Regent Park.
She credits the Regent Park North Centre, the Yonge St. Mission and the Kiwanis Boys & Girls Club for teaching her that the environment you live in does not define who you are. 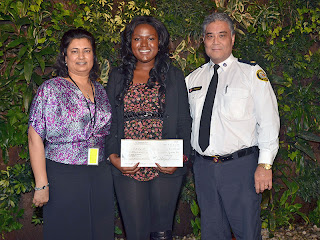 Sgt. Craig Somers joined Global TV crime reporter Catherine McDonald as the event MCs.
“This is a fun event that brings communities together for a good cause,” said Somers, who has been with the Service for 16 years.
“It’s great just to get everyone together for a good time.”
In addition to Moyer, the other gorgeous models were Kristal Lynch, Liz Harnett, Kelly Sunghing, Hannah Bartz, Adam McKnight, Farzhad Ghotbi, Les Nyznik, Sheraz Arshad, Marty McLaughlin, Amanda Annetts and Jessica McInnis. 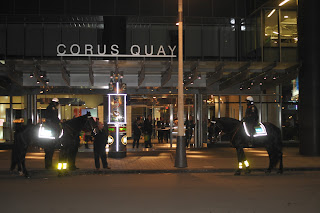 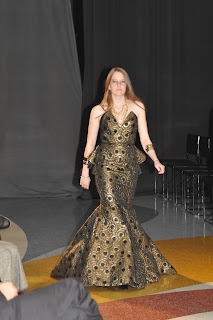 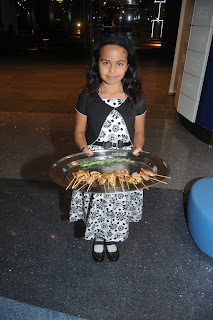 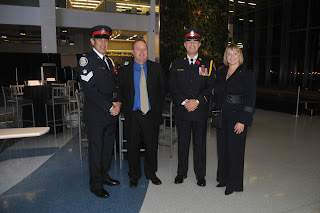 Building Bridges 2011 - Meet some recipients and hear their stories

The Gala is tomorrow!

Don't miss out on the action!  Meet Chief Blair, attend a fashion show while nibbling on Jamie Kennedy's creations with a cocktail -- all while contributing to scholarships for at-risk youth!

Call to reserve your ticket today! 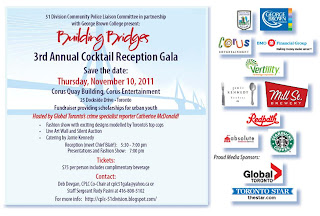 Order your tickets ASAP and avoid disappointment!
Posted by CPLC - 51 Division at 00:23 No comments: